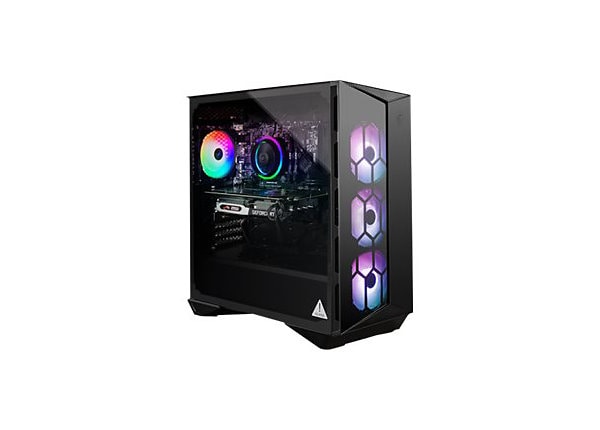 Main Features
Start your journey to becoming an Esports champion with the Aegis R. A slick matte desktop with a premium build made exclusively for pro-level gaming. As your game advances, so will the Aegis R with its simple upgradability. It's built to be your companion for the long road ahead on your quest to becoming the world's best.

The Aegis R features four system cooling fans; three in the front pulling cool air to circulate inside desktop and one in the rear to push out all the heat, exiting the