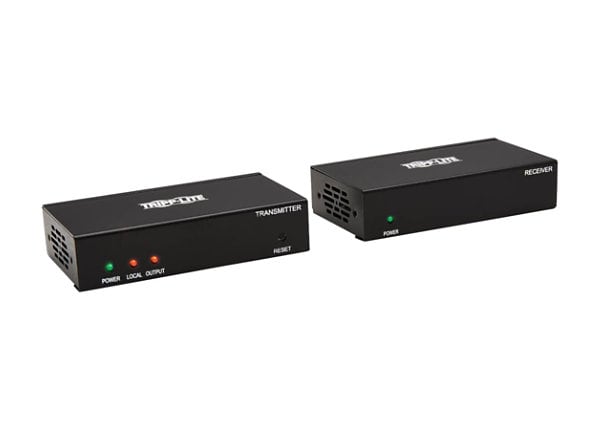 Main Features
This complete transmitter and receiver system is recommended for home theaters and video presentations in conference rooms, schools, trade shows, meeting facilities, houses of worship, retail settings and other digital signage applications where the source and display are farther apart than conventional A/V cables allow. The B127-2A1-HH splits and extends a 4K video and stereo audio signal from an HDMI source device to two HDMI displays up to 125 feet (38.1 meters) away via user-supplied Cat6 cabling.

Built-in Power over Cable (PoC) technology powers the low-profile receiver over Cat6 cable. Green and orange LEDs on both the transmitter and receiver will light up to indicate the system is receiving power and a signal is being transmitted. PoC lets you avoid the hassle of a bulky power brick and gives you the freedom to place the receiver away from an AC outlet.